LAMANAI
This site is located on the New River Lagoon in the Orange walk district of northern Belize. It Is one of Belize’s largest ceremonial centers which has been occupied from about 1500 BC to the 19th century.  Large masks depicting a ruler wearing a crocodile headdress were discovered here and many representations of the crocodile can be found. The site is reached through a picturesque boat ride on the New River.  It is very common to observe wildlife.

ALTUN HA
The site, also in the north of Belize, features two main plazas with some 13 temples. The largest carved jade artifact ever found in the Maya world, a tribute to Kinich Ahau (the Sun God), was discovered here. Altun Ha was a major ceremonial center in the Classic Period (A.D. 250-900) and functioned as a vital trading center linking the Caribbean shores with Mayan centers in the interior. The visit of this site can be combined with a visit of Lamanai.

CARACOL
Located deep within a Forest Reserve along the Western Highway to the Mountain Pine Ridge area, this site features Belize’s largest structures. When Caracol was discovered in 1938 it was thought to be little more than a Maya ceremonial center. It was not until extensive excavation began in 1985 that its importance became known. In 1986 an elaborated altar stone was uncovered which described how Caracol defeated Tikal, once considered to be the most powerful Maya metropolis. This discovery positioned Caracol as one of the most important Maya city in the Classic Period. Following the victory over Tikal, Caracol ruled the Maya world for more than 100 years.  The largest pyramid, Canaa (Sky place) rises 140 feet high.

XUNANTUNICH
This site is located near the Western border and a river needs to be crossed to reach it. A hand cranked ferry is the gateway to this site, which features 25 temples, carved stelaes and intricate stucco friezes. The most impressive architecture of the site is the pyramid also known as the “Castillo”; this structure rises about 130 feet above the level of the courtyard and more than 250 feet above the river valley below. This main temple is visible from all parts of the valley today. El Castillo is covered with remarkable stucco friezes on the east and the west sides.

CAHAL PECH
Cahal Pech is a medium-size Maya center located in the Cayo District. This site was once a home to an elite Mayan family and consist  more than thirty structures. It is situated just few minutes away from San Ignacio. 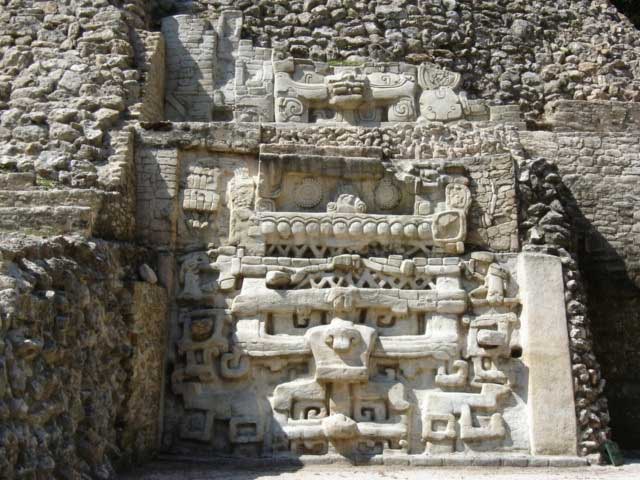 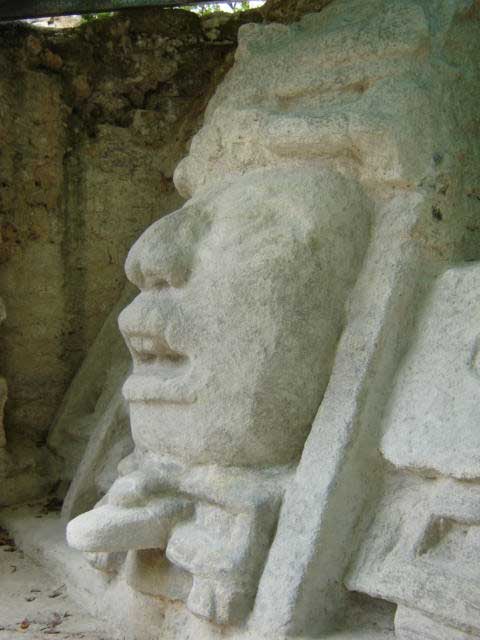